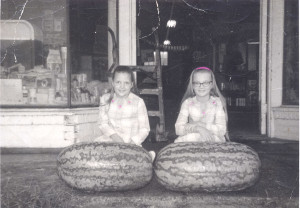 Born and raised on a small working farm in southern Mississippi—with horses, raccoons, dogs, books, and a piano for my best and only friends—I grew up during the turbulent 1960s, writing as if my life depended on it because it probably did. 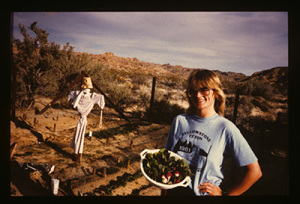 Habits of reading and writing came early to me, in part because of my mother, who taught me how to do both and then hauled me to the public library once a week and let me read any book I was tall enough to reach for the first thirteen years of my life; and in part because the only way I could figure out to survive public school or the evangelical church my parents joined when I turned four was to read their blessed Books for myself and keep my own record of how things actually happened. 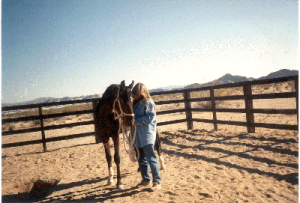 Humanity was confusing and worrisome, to be frank, strung up on violence and race and religious doctrines that were paradoxical and mean even when trussed up in their best Sunday go-to-meeting garb. So, flat on my stomach on the wooden floor beneath the bed I shared with my sister, flashlight switched on and me sweating no matter the weather or season, I penciled stories, letters, jeremiads, and even a few outright diatribes to the Almighty during many a long dark night while everybody else in the house slept. Then I folded the sheets of paper into tiny squares and stuck them behind the studs in our closet. 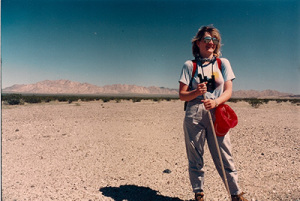 Before I turned eight, three of these literary efforts inadvertently saw the light of day and earned me three disciplinary trips to the preacher’s and the principal’s haunts, several switchings at home, and three durable convictions: writing is as necessary as breathing to people like me, born out of step with basically everybody and perpetually unclear on whether that should be about-faced on the double or doubled down on for good; most people, even book lovers, dislike and distrust people who write things down; and books are whole worlds for us all, bar none, so you have to write anyhow. 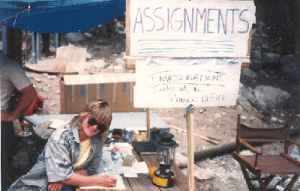 After leaving high school, I married a young man in my parents’ church and had two beautiful children, only to be battered by their father, who stalked us for years after we left and abducted my son and daughter twice. Unable to find and bring them home, I learned how to track and began to work with a search-and-rescue team, primarily in the Mojave and Colorado deserts of southern California, before leaving to pursue a degree in anthropology. After my children were returned and I graduated, the three of us embarked on a Watson Fellowship to study subsistence tracking in the Kalahari and Namib Deserts of southern Africa. A year later, I entered grad school, eventually earning a master’s degree in anthropology from the University of Illinois-Urbana Champaign (2005) and a Ph.D in history from the University of Wisconsin-Madison (2012).

While still in graduate school, I began to write for publication, and more information about my books and essays can be found on my bookshelf. As an ethnographic historian, I am especially intrigued by 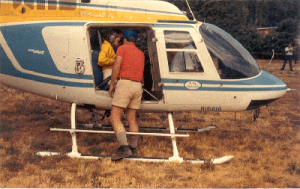 the connections among living beings (human and not), across cultures and with the natural world. I specialize in the histories of the early Americas and early U.S. in the world, paying special attention to indigenous peoples, race, ethnicity, gender, and cross-cultural encounters and struggles. I give public lectures on family violence and nonviolence, tracking, and the value of signs in everyday life; teach online history courses for the University of Wisconsin-Stevens Point; and work with several tribes whose ancestors lived in the desert on and around the Oasis of Maarra’ (in what is now known as Joshua Tree National Park) to document their oral and cultural traditions. I follow signs on the ground and try to remember to look skyward sometimes, too; practice a slew of crafts—sewing, quilting, knitting, 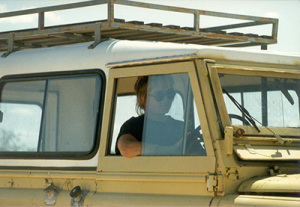 playing piano, building stringed instruments—just for the sheer joy and heck of it; and do my best every day to learn how to be a better mother and person and citizen of the world, no matter how hokey that might sound or even be.

And, of course, I still write, honing my skills at putting words on paper, trying to make sure that some of what has come to me—be it evil or good or some untidy mix of the two and everything else—gets transformed into simple stories that might help someone else the way so many writers’ stories have helped me. I am especially tickled to be able to do that now sans preachers or principals. Or switchings.