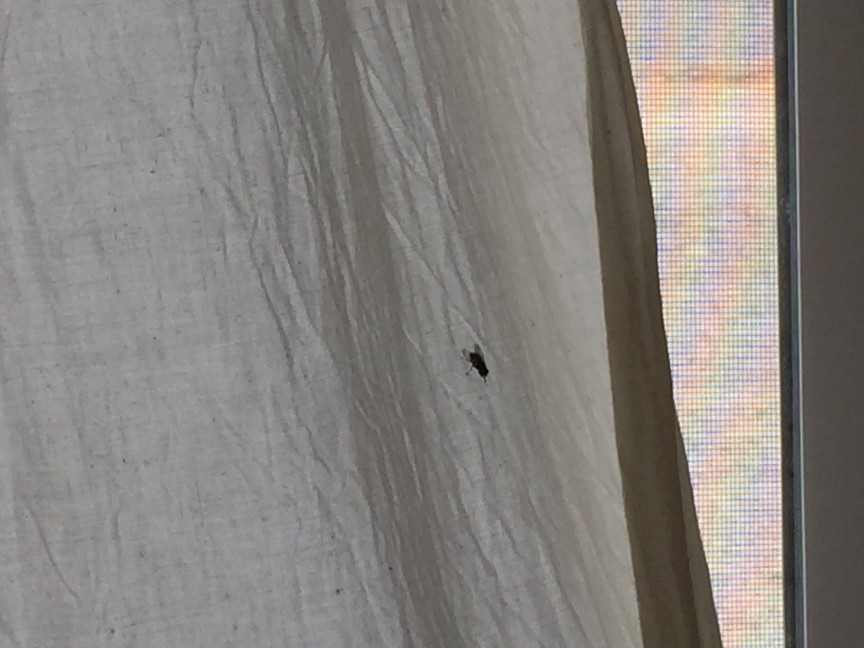 I tried to kill a fly today, and even thought I had, but it crawled up onto my papers, wings all askew, and stared directly at me, as if to say, “Did you really mean to do that?”

And I, in the only answer available to me, cast the flyswatter onto the floor. Never again. Never again will I deliberately end the life of a being alongside me in order to make myself more comfortable.

The flies are frantic this week, annoying, into everything, next to impossible to avoid. I finally purchased a flyswatter. Cheap plastic that split on the first swing, but deadly enough for several of the fly’s kin in the last two days. And then this morning I laid it hard on this one fly’s body, meaning to end its life, thinking I had, but being proven wrong, for the fly pulled itself along and crawled up—toward me—and I heard the question as clear as a bell being wrung for town meeting.

“Did you really mean to do that?”

Once the weapon had landed on the floor, I watched as the fly continued on, re-teaching itself to fly with the wings I just damaged. And now I am learning how better to live alongside these who dwell alongside me. The fly swatter, as with so many of the items we humans purchase for comfort, will now go to the landfill, and I—deeply chagrinned–will go on to learn how better to live among flies.